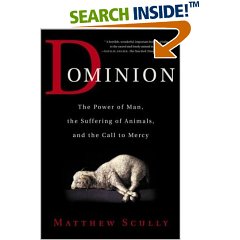 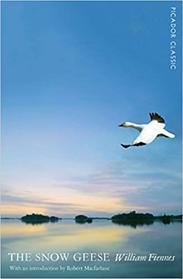 A beautiful and bestselling meditation on the story of home

JEWS, CHRISTIANS, AND HUNTING
When it comes to the matter of hunting, there is a wide divergence between Jewish and Christian tradition.

Aside from the identity of the promised Messiah, Christian interpretations of the Hebrew Scriptures rely heavily on Jewish sources. The biblical heroes of Judaism are the heroes of Christendom; the enemies of the Chosen People are seen as the enemies of God by Christians as well as Jews. And the historical background, as well as the significance of specific scriptures expounded by Jewish scholars, is accepted by their Christian counterparts. But there is a glaring exception to this reliance on Jewish sources and commentaries. When it comes to the matter of hunting, there is a wide divergence between Jewish and Christian tradition.

The traditional Jewish abhorrence of hunting begins with commentaries on the man called Nimrod. He is the first man the bible describes as a hunter (Genesis 10:9). The Rabbis castigated him for this activity, and linked it to the general degeneracy of his character. The Jerusalem Targum says Nimrod "was mighty in hunting and in sin before God." The Syriac calls him "a warlike giant" And The Targum of Jonathan ben Uzziel says: "From the foundation of the world none was ever found like Nimrod; powerful in hunting and in rebellions against the Lord." Along with hunting, Nimrod's "rebellions against the Lord" included his founding of the city of Babel, in which the infamous tower was built. Men believed they had become so technologically proficient that they could construct a building that would "reach unto heaven." The egotism and arrogance of that undertaking mirrors the arrogance that led men to kill God's creatures as a diversion or as a demonstration of their prowess.

But it is not only the hunter-as-sportsman who is the target of rabbinic contempt. Commentators who castigate Nimrod have little use for that other biblical hunter, Esau, who ate the animals that he killed.

Esau was the twin who sold his birthright to his brother Jacob, for a bowl of porridge. The bible describes him as a man who spent his time roaming the land, looking for animals to kill (Genesis 25:27) But Jacob his brother, who became the Patriarch of the twelve tribes of Israel, is described as living the life of a farmer, tending the crops that fed his extended family.

Esau, like Nimrod, is considered a contemptible character. The Encyclopedia Judaica reports that "The two famous hunters in the Bible, Nimrod and Esau, were regarded in a derogatory light, as rebels against God and the very antithesis of the spirit of Judaism." The Encyclopedia also reports that "the rabbinical attitude toward hunting is entirely negative. Harsh things are said about those who hunt even for a living."

This condemnation of hunting and hunters continued to mark Judaism. It gained strength throughout Medieval times and by A.D. 1700, Shemesh Zedakah (no. 57) forbade hunting with weapons both as a profession and for sport. With regard to the latter, S. Morpurgo emphatically states that those who hunt "have taken hold of the occupation of Esau the wicked, and are guilty of cruelty in putting to death god's creatures for no reason."

But this ongoing, pervasive, condemnation of hunting within Jewish tradition had no parallel among Christians. In fact, Christianity had increasingly supported the cruelty which vented itself in hunting. In Medieval times it was the wealthy nobles who had the time and the means to indulge their blood lust by killing animals as a recreational pursuit. And because the churches and their clerics coveted the economic and military support of this privileged class, they blessed this slaughter of the innocent.

When men formed hunting "parties" to go out into the woods to kill God's creatures, it was the clerics who validated what they were doing by asking God's blessing on this murderous activity. They also officiated at pre-hunt services in the private chapels of the wealthy, asking God for the grace to kill large numbers of His creatures. And this medieval, Christian attitude still prevails.

The Christian voices that were raised in protest against the wanton murder of animal beings were ignored. Even the repugnance toward hunting and hunters that was encoded in Catholic Canon Law, was ignored. "Esau was a hunter because he was a sinner; and in the Holy Scriptures we do not find a single holy man being a hunter." (From the Corpus Juris Canonici. Rome, 1582.)

In the same century, Saint/Sir Thomas More had written about the kind of community in which economic, political and social rules would reflect mankind's decision to live within the framework of God's plan for the earth. The people of this Godly community would learn that they were "not masters, but stewards of God's creation" and hunting would be forbidden. The inhabitants of this community "would not believe that the divine clemency delights in bloodshed and slaughter, seeing that it has imparted life to animate creatures that they might enjoy life."

But in spite of the many Christian spokesmen who have condemned the abuse and murder of animals since the first century A.D., recreational killing remains an acceptable--and honored--activity for Christians. This is a far cry from the Jewish attitude toward hunting which was articulated by Maimonides and remains a viable, Jewish ethos: "a person who indulges in this sport is unworthy of the name of Jew."

Reprinted from the July/August 1997 issue of Humane Religion. Copyright 1997 by Viatoris Ministries.

This article is available in pamphlet form which may be reprinted and distributed for educational purposes.