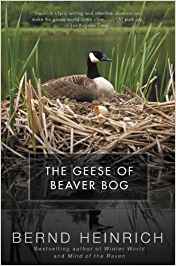 A delightful book that is eye opening. 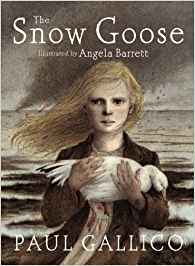 The Snow Goose by Paul Gallico

A love story that will move you to tears.

Occasionally, when I tell people that I love Canada Geese, they remark that they dislike them because they make a mess.

It saddens me to hear people say this because it shows how much they have become alienated from nature.

The geese are doing what's natural to them and guess what?

Their poop smells better than ours!

We often read in newspapers that an adult goose is capable of about a pound and a half of droppings a day. Is this true? Sharon Pawlak, National Coordinator for the Coalition to Prevent the Destruction of Canada geese has this to say:

Excrement amounts are disputed
A Canada goose does not drop a pound of excrement a day. In a study conducted by Dr. Bruce Manny, research fishery biologist with the U.S. Geological Survey, the average goose produces 0.3432 pounds (5.49 ounces) of wet droppings per day. At 21.04 percent solids in the average goose dropping, this amount of wet droppings is equivalent to 0.0722 pounds (1.15 ounces) of dry droppings per day.

Look around the city and you will find plenty of evidence of human waste in the form of trash clogging drains and littering city streets, sidewalks, empty lots - you name it. Go to a beach after a holiday weekend and you'll find even more unsightly trash strewn about. Let's get real here. It's easy to make geese the fall guys because they are unable to vote, they don't pay taxes, and they don't spend money.

Canada Geese are incredibly clean birds. Spend some time observing them and you'll see that they spend an incredible amount of time cleaning themselves. They bathe themselves thoroughly by dipping and tumbling in water. They stand along the shore preening themselves for hours on end. They make sure that every feather is clean and oiled; they know what's important in their lives.

Canada geese are not scavengers; they do not hang out at dumps gobbling down trash. They are mostly herbivorous (they do enjoy eating juicy bugs) and their poop is biodegradable. Their poop is easily broken down by rain and snow and when broken down, provides valuable nutrients for the soil.

Canada goose poop has been scientifically studied for the types of bacteria and microorganisms it contains and the best scientific information available indicates that goose poop rarely contains organisms harmful to human health. (Centers for Disease Control - CDC)

It's important for us to realize that the land our cities sit upon once used to belong to them. We have essentially taken their homes from them. We have built our houses, our roads, our businesses, etc. upon their homes. They have had to adjust to us and they have done that very well. We should not only learn to live with them; we should enjoy their graceful presence.

People who complain that Canada Geese are "dirty" are forgetting that all living creatures have essential bodily functions to take care of. Yes, Canada Geese do poop a lot, serving as nature's fertilizers, but unlike us, they live outdoors and have to do their business outdoors.  If we lived outdoors and had to do our business outdoors, we would stink up the world so bad we'd be complaining about ourselves and not them!

YOU MAY FIND THE FOLLOWING EXCERPT IRONIC AND HUMOROUS. IT WAS TAKEN FROM ALEC NESBITT'S BIOGRAPHY OF NOBEL PRIZE LAUREATE DR. KONRAD LORENZ, WHO WAS ALSO KNOWN AS THE FATHER OF THE GREYLAG GEESE. DR. LORENZ WAS ALSO A PHYSICIAN.

"By the small lake at Seewiesen, the institute in Southern Germany where he is the leading light, he sits talking before a camera. Somewhat disturbed by the occasion, the goose on his knee evacuates its bowel over Lorenz's trousers. Talking on, he takes out a white handkerchief and wipes at the mess, returning it afterwards to his pocket. A moment later, he takes the handkerchief out again to wipe his face - there is nothing so special in a little goose-soil to draw his attention from the point he is
making."

"Most people seldom encounter anything but lifeless, man-made things in their daily lives and have lost the capacity to understand living things or to interact with them. That loss helps explain why mankind as a whole exhibits such vandalism toward the living world of nature that surrounds us and makes our way of life possible. It is an important and worthy undertaking to try to restore the lost contact between human beings and the other living organisms of our planet."

FOR THE UMPTEENTH TIME, GEESE ARE NOT A HEALTH THREAT!