If you ever wanted to read a novel about Canada geese, this is the one for you! 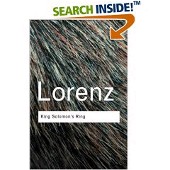 Last summer, I rescued about a dozen Canada geese and ducks, including four goslings and their dad, from fishing line, and I'm not what you would call a "wildlife" person. I don't even fish.

My introduction came by way of personal entrapment. I was standing by the edge of a lake at Joe Tucker Park in Helena when I looked down and saw a hook attached to my sandal followed by a big wad of fishing line.

Monofilament line - a single-strand, almost invisible string used as fishing line - seems to have a mind of its own as it wraps itself around legs and feet. The more you try to wrest free, the tighter it gets. Eventually, I got free of it. But after the lake was opened to fishing, I began noticing discarded line and hooks strewn everywhere.

A few weeks later, I observed a 20-foot piece connecting the legs of four goslings. Fortunately, the parents were trusting enough to let me cut the line without fuss. A few days later, I noticed fishing line streaming from one of the wings of their dad. Without thinking, I grabbed the line and pulled it off (If you get it in the initial stages, it comes right off), eliminating the possibility of having to wrestle a frantic 15-pound gander.

Those were the easy rescues. Another time, it took three of us to corner a resident goose named Echo, whose legs were so entrenched in fishing line, he could barely walk. Trying to catch a Canada goose - or any waterfowl with wings, for that matter - is like trying to capture a dinosaur in heat. Every time you get close, they fly off. After several attempts, we arrived at the pond with cracked corn and cuticle scissors. To this day, I can't tell you exactly how we got him, it happened so fast.

One minute he was nibbling corn; the next he was firmly entrenched in our grasp. One person grabbed his neck, another his wings and I began cutting the line with the tiny scissors. It had wrapped so tightly around one leg that I massaged the limb as I worked to restore circulation. A few minutes later, he limped off, free at last of the menace that had plagued him for days.

Echo was one of the lucky ones. There are a few geese and ducks we could never capture - and whose plights will remain forever embedded in my memory. A favorite little mallard duck at our lake lost a limb to fishing gear a few weeks ago when a hook attached to its foot caught on brush and he apparently chewed off the limb to escape drowning.

What I'm learning is that fishing line is everywhere. It hangs from trees. It lurks along shorelines, invisibly lying in wait for any unsuspecting creature. Herons and cranes have been found dangling from trees, unable to escape. Other birds and turtles, unable to move, succumb to starvation. Nor does it discriminate. It doesn't care if you're goose or human.

I recently pulled a long piece of it from the wings of a gander only to find myself caught up in it. The gander got free; then I had to be rescued.

The tragedies continue. Recently, an acquaintance and I cut fishing line off another young Canada goose on the verge of strangulation. I ran to my car for cuticle scissors, which I now keep in my glove compartment for such emergencies. We cut the line from its neck and probably saved its life. The parents were frantic and the gander on the verge of attack when we finally released the gosling. An hour later, all was forgiven, and the parents were back to their usual charming selves.

We couldn't know that a few days later the gosling's mother would find herself in one of the worst scenarios - a hook in the neck with fishing line wrapped tightly around her beak. She was in great distress when some passers-by noticed her plight and alerted the right people.

It took three people to capture and contain her - Debra Carter and Don Hudson of the Helena Parks and Recreation Department, and Helena police officer Jan McDuff. The capture was possible because most geese are now molting and can't fly. Still, the goose tried to run off.

The rescuers formed a circle so she couldn't escape and then held her down while Carter removed the hook and line with pliers. "It was embedded in her neck, so I had to be able to cut it to pull it out," she recalled.

Obviously, it was a painful experience for the goose, but she is fine now and back with her mate and goslings. But I have to wonder about anglers. How much effort does it take to reach down and retrieve cast-off fishing line before someone trips over it? Or take a hook with you before a barefoot child steps on it or a Canada goose suddenly finds it attached to an eye?

Such tragedies could be avoided if anglers in our area stopped leaving line or hooks behind. It's as simple as that.

As for me, the journey goes on. I resent having to pick up after anglers who should be picking up after themselves. And then Echo shows up and serenades us with vocals so remarkable they can be likened only to Pavarotti. Or the goslings, now year-old juveniles, reappear in all their exuberance. And I am reminded of the importance of this journey - and my commitment to picking up fishing line - even if it's not my own.

I'll never know how many lives I've saved, but every time I see our beloved Echo, his legs free of the line that would have inevitably cost him his life, I know of at least one. And in my book, that's worth a few honks.

Mary Lou Simms of Shelby County writes for Cat Fancy magazine and other publications, but is primarily researching the habits of resident Canada geese. E-mail: MLSimms123@yahoo.com